What is a Computer-Aided Design?

Computer-aided design (CAD) is the use of computers to aid in the creation, modification, analysis, or optimization of a design. The CAD software is used to increase the productivity of the designer, improve the quality of design, improve communications through documentation, and to create a database for manufacturing.CAD output is often in the form of electronic files for print, machining, or other manufacturing operations. The term CADD (for Computer-Aided Design and Drafting) is also used.

CAD software for mechanical design uses either vector-based graphics to depict the objects of traditional drafting, or may also produce raster graphics showing the overall appearance of designed objects. However, it involves more than just shapes. As in the manual drafting of technical and engineering drawings, the output of CAD must convey information, such as materials, processes, dimensions, and tolerances, according to application-specific conventions.

What is a Computer-Aided Manufacturing?

This is not the only definition for CAM, but it is the most common; CAM may also refer to the use of a computer to assist in all operations of a manufacturing plant, including planning, management, transportation, and storage. Its primary purpose is to create a faster production process and components and tooling with more precise dimensions and material consistency, which in some cases, uses only the required amount of raw material (thus minimizing waste), while simultaneously reducing energy consumption.

CAM is now a system used in schools and lower educational purposes. CAM is a subsequent computer-aided process after computer-aided design (CAD) and sometimes computer-aided engineering (CAE), as the model generated in CAD and verified in CAE can be input into CAM software, which then controls the machine tool. CAM is used in many schools alongside Computer-Aided Design (CAD) to create objects.

What is a Computer-Aided Engineering?

Computer-aided engineering primarily uses Computer-Aided Design (CAD) software, which are sometimes called CAE tools. CAE tools are being used, for example, to analyze the robustness and performance of components and assemblies. The term encompasses simulation, validation, and optimization of products and manufacturing tools. In the future, CAE systems will be major providers of information to help support design teams in decision making. Computer-aided engineering is used in many fields such as automotive, aviation, space, and shipbuilding industries.

The term CAE has also been used by some in the past to describe the use of computer technology within engineering in a broader sense than just engineering analysis. It was in this context that the term was coined by Jason Lemon, founder of SDRC in the late 1970s. This definition is however better known today by the terms CAx and PLM.

So Whatever your skills level is, The Savvy Engineer Team can provide on a daily Basis An Interesting Content Related to the CAD-CAM CAE Business that you need to increase your capability to Design either simple or Complex 3d Models using the Most powerful 3D Modeling Programs on the Market nowadays. 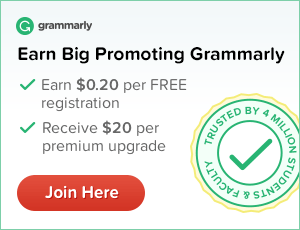